The Trail of Tears - Part One

Forced Removal of the Cherokee Nation from their Homeland 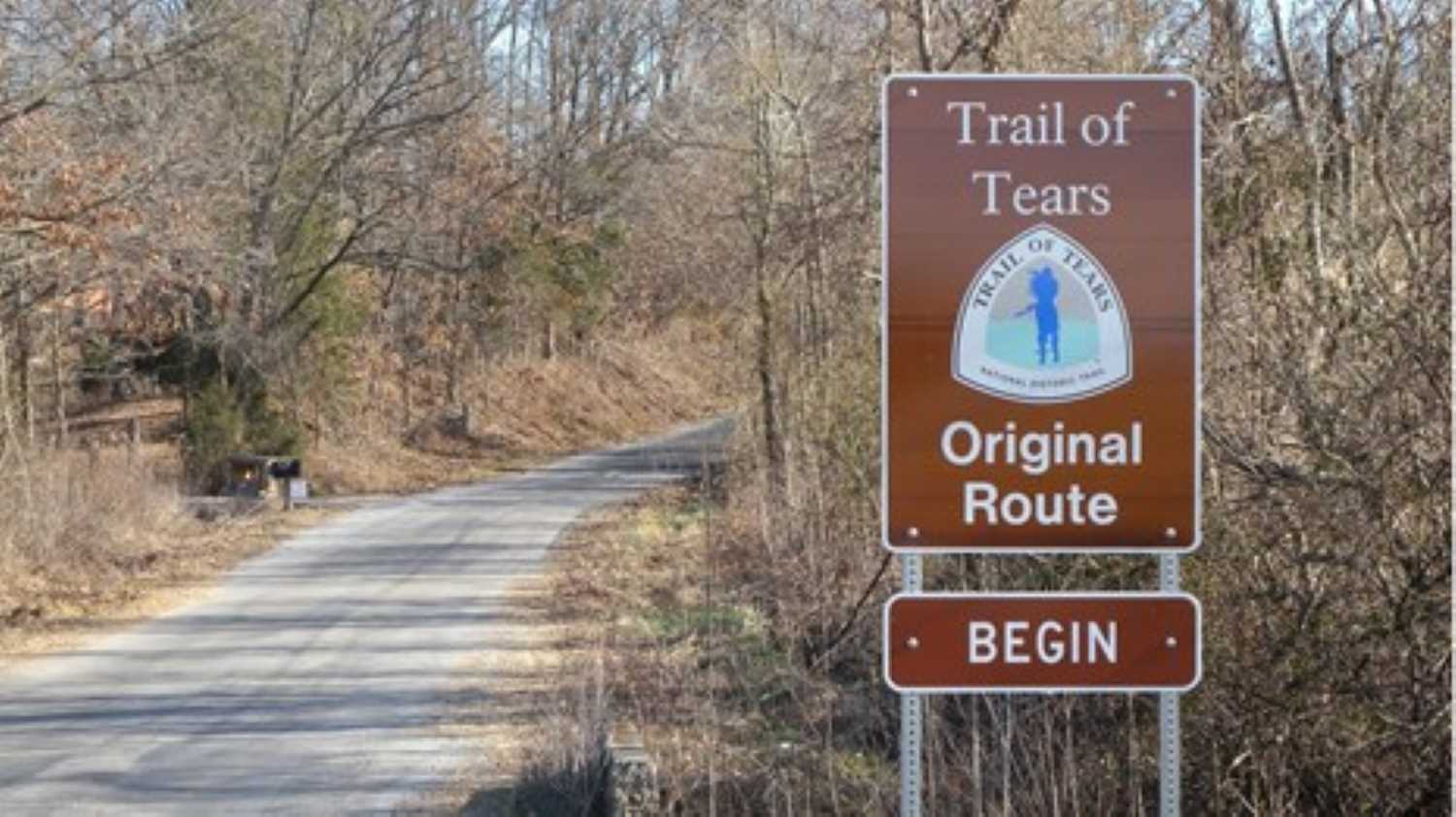 Copyright: No protection is claimed in original U.S. Government works.

The caravan was ready to move out. The wagons were lined up. The mood was somber. One who was there reported that "there was a silence and stillness of the voice that betrayed the sadness of the heart." Behind them the makeshift camp where some had spent three months of a Tennessee summer was already ablaze. There was no going back.

A white-haired old man, Chief Going Snake, led the way on his pony, followed by a group of young men on horseback. Just as the wagons moved off along the narrow roadway, they heard a sound. Although the day was bright, there was a black thundercloud in the west. The thunder died away and the wagons continued their long journey westward toward the setting sun. Many who heard the thunder thought it was an omen of more trouble to come.¹

This is the story of the removal of the Cherokee Nation from its ancestral homeland in parts of North Carolina, Tennessee, Georgia, and Alabama to land set aside for American Indians in what is now the state of Oklahoma. Some 100,000 American Indians forcibly removed from what is now the eastern United States to what was called Indian Territory included members of the Cherokee, Choctaw, Chickasaw, Creek, and Seminole tribes. The Cherokee's journey by water and land was over a thousand miles long, during which many Cherokees were to die. Tragically, the story in this lesson is also one of conflict within the Cherokee Nation as it struggled to hold on to its land and its culture in the face of overwhelming force.

The Trail of Tears National Historic Trail commemorates the removal of the Cherokee and the paths that 17 Cherokee detachments followed westward. It also promotes a greater awareness of the Trail's legacy and the effects of the United States' policy of American Indian removal not only on the Cherokee, but also on other tribes, primarily the Chickasaw, Choctaw, Creek, and Seminole.

When English and European immigrants arrived on the North American continent, they found many people whose appearance, lifestyle, and spiritual beliefs differed from those they were familiar with. During the course of the next two centuries, their interactions varied between cooperation and communication to conflict and warfare. The newcomers needed land for settlement, and they sought it by sale, treaty, or force.

Between 1790 and 1830, tribes located east of the Mississippi River, including the Cherokees, Chickasaws, Choctaws, Creeks, and Seminoles, signed many treaties with the United States. Presidents George Washington, John Adams, Thomas Jefferson, and James Madison struggled to find a balance between the obligation of the new nation to uphold its treaty commitments and the desires of its new citizens for more land. Ultimately, the federal government was unwilling or unable to protect the Indians from the insatiable demands of the settlers for more land.

The Louisiana Purchase added millions of less densely populated square miles west of the Mississippi River to the United States. Thomas Jefferson suggested that the eastern American Indians might be induced to relocate to the new territory voluntarily, to live in peace without interference from whites. A voluntary relocation plan was enacted into law in 1824 and some Indians chose to move west.

The 1828 election of President Andrew Jackson, who had made his name as an Indian fighter, marked a change in federal policies. As part of his plans for the United States, he was determined to remove the remaining tribes from the east and relocate them in the west. Between the 1830 Indian Removal Act and 1850, the U.S. government used forced treaties and/or U.S. Army action to move about 100,000 American Indians living east of the Mississippi River, westward to Indian Territory in what is now Oklahoma. Among the relocated tribes were the Cherokee, Choctaw, Chickasaw, Creek, and Seminole. The Choctaw relocation began in 1830; the Chickasaw relocation was in 1837; the Creek were removed by force in 1836 following negotiations that started in 1832; and the Seminole removal triggered a 7-year war that ended in 1843. The trails they followed became known as the Trail of Tears. The Cherokees were among the last to go.

This map shows the routes followed west by the Cherokee Nation to reach "Indian Territory," now the state of Oklahoma, in the 1830s.
The pink trail is the northern route. It was a land route and the largest group of Cherokees followed this part of the trail. The blue trail is the water route. The red trails show the other routes on the trail.