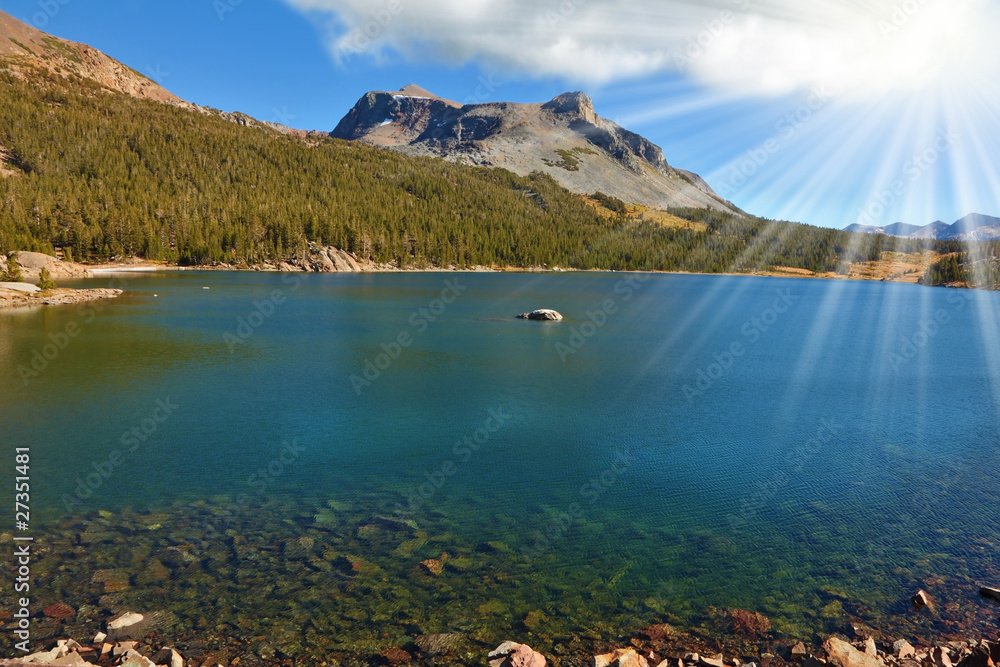 Although the 1964 Wilderness Act made no direct mention of the economic value of wilderness, it stated that the National Wilderness Preservation System (NWPS) is to be established and administered “for the protection of these areas, the preservation of their wilderness character, and for the gathering and dissemination of information regarding their use and enjoyment as wilderness” (Public Law 88–577, Sec. 1). At the time the Wilderness Act was passed, economic methods capable of measuring the values and benefits of natural environments derived from their use and enjoyment were yet to be developed. Today, however, the discipline of economics provides a rich array of tools capable of understanding and quantifying “the benefits of an enduring resource of wilderness” (Public Law 88–577, Sec. 1).

Economists now argue that amenity values of nature can be quantified by observing choices that people make over the set of opportunities that are available to them (Champ and others 2017). Choices involve tradeoffs, and environmental economists use data describing tradeoffs that people make between scarce resources, such as time or money, and environmental goods and services to infer underlying preferences and value (i.e., willingness to pay) for environmental quality. In a wilderness context, economic analyses help decisionmakers understand tradeoffs across a continuum of space-time scales. These considerations might include management issues such as changes in recreational access to a specific wilderness area so that Native American cultural values could be protected, or policy issues such as the total amount of land needed to be legislated as wilderness versus other land use designations to meet the needs of current and future generations.

Dramatic changes have occurred in the demographic and socioeconomic makeup of American society since the signing of the Wilderness Act. Within a diverse and multicultural society, it is not surprising to hear amplified calls being made for environmental justice that go beyond historical environmental justice concerns (Schlosberg 2013). Demands for environmental justice have a long history among Native Americans and encompass a broad conception of justice that addresses “the basic functioning of nature, culture, and community” (Schlosberg and Carruthers 2010: 12). Determining the path by which environmental justice may be realized for all current and future generations of Americans clearly presents a suite of challenges. A better understanding of how the demands being placed upon wilderness are changing, how cultural values and behaviors are enhanced (or limited) by wilderness policies and practices, and how ecocultural values interact among the matrix of wildlands (such as wilderness, inventoried roadless areas, and Tribal lands) could provide a first step in the realization of environmental justice for underserved populations.

Teasing out the influence of underlying core/cultural norms(such as the importance of respecting nature) from other factors (such as the growth in personal income or education) that influence tradeoffs that individuals and society are willing to make to protect nature over time is not easy. A research program designed to address these questions would, at the minimum, require temporally referenced data on demographic variables and market prices as well as changes in resource supply and the availability of substitutes (Boyd and Kousky 2016).

Recent economic thinking offers structural models of human preferences that can help to unravel the various influences driving tradeoffs that individuals and collectives are willing to make to protect nature. Forexample, Postlewaite (2011) argues that people have two types of preferences. Deep preferences are relatively stable over lifetimes and generations and reflect social/cultural norms that are taught by parents to their children at an early age. Founded upon deep preferences are what he calls reduced-form preferences (or, more generally, economic preferences) which are situational values that are sensitive to the context/social setting in which people make choices regarding specific goods or services. Reduced form preferences for nature, then, could be reflected in behavior such as donations made to environmental organizations. Taking this one step further into a wilderness context, the Postlewaite (2011) model suggests that economic values and willingness to pay for wilderness protection policies are motivated, to some degree, by deeper preferences based upon one’s learned cultural norms as well as one’s current situation (such as current income and expenses or the social group one identifies with).

The dual preference framework of Postlewaite (2011) is helpful for understanding two key issues that have recently arisen regarding economic valuation methods. First, this framework suggests there are limitations to the issues over which economic analysis can be meaningfully applied. Specifically, because cultural norms and values (deep preferences) provide meaning to one’s life and help to guide moral and ethical decisions, as well as a foundation for situational economic decisions, economic analysis is limited in terms of the degree to which it can be applied to the evaluation and quantification of cultural values. This is because economic preferences are based upon tradeoffs, and economic analyses implicitly assume that substitutes are available that are commensurate with the item of trade. This assumption is often untenable in the case of cultural values. While it is recognized that the discipline of cultural economics has grown during the past decade, a debate continues over what cultural attributes might be reasonably subject to economic analysis, ranging from individual cultural artifacts to other cultural manifestations such as sacred sites and ways of life (Hirons and others 2016).

Although it is beyond the scope of this chapter to do more than raise awareness of this issue, it is noted that willingness-to-pay studies have been implemented that estimate economic values regarding aboriginal cultural artifacts and Tribal uses of natural resources (Boxall and others 2003, Duffield and others 2019). These studies, which are based upon limited (or marginal) representations of cultural expression, stand in contrast to a recent study estimating the economic value of the continued existence of an entire Native American culture (Carson and others 2020). It has been previously argued that this type of analysis is beyond the scope of meaningful economic analysis (Snyder and others 2003). Clarification is clearly needed regarding the degree to which economics can inform policies regarding cultural losses.

Second, the dual preference framework of Postlewaite (2011) suggests that long-term economic values for the protection of nature might be uncovered if underlying core/cultural values exert a substantive influence on environmental preferences over time. The temporal stability of economic preferences and willingness to pay for the services provided by nature is a topic receiving active interest among economists, and recent research has provided instances in which preferences demonstrate stability over years to decades for services such as clean/safe municipal water supplies (Price and others 2017) and whitewater boating in the Grand Canyon (Neher and others 2017). Within a wilderness context, recent research has revealed an increasing trend in the value of wilderness recreation over several decades using data collected from wilderness permits.

Although it is unclear what specific factors are driving various trends that are currently being recognized in wilderness use and valuation, economic literature provides various explanations that might be usefully explored. First, it has been argued that wilderness values will increase over time along with increases in income, education, and resource scarcity (Krutilla and Fisher 1975). This argument is consistent with the proposal that technological advances and wealth enhance environmental values (Hays 1982, Inglehart and Baker 2000, Schwartz 2006). Second, economists have recognized that generational cohorts and peer groups/social interactions are drivers of value change (Hoff and Stiglitz 2016, Manski 2000, Ryder 1965, Venkatesen 1966, Zeng and Garritsen 2014). Thus, we might expect that millennials have a somewhat different set of values regarding wilderness use and values than, say, baby boomers. Third, economic research has demonstrated that cultural values influence the creation of institutions, and subsequently a feedback loop links institutions back to the maintenance of cultural beliefs (Alesina and Giuliano 2015, Bowles 1998). In a wilderness context, this perspective suggests that institutions such as The Wilderness Society or the Sierra Club were created based upon Euro-American) cultural perspectives of wilderness and that, to the degree that such institutions continue to perpetuate (or not) a similar view of wilderness values, those values will continue to be perpetuated (or not).The mixture of long-run culturally derived wilderness values with evolving societal dynamics inherent in America makes the study and understanding of wilderness values especially relevant to the information needs of wilderness policymakers(fig. 1.1).