The Economic Value of Wilderness 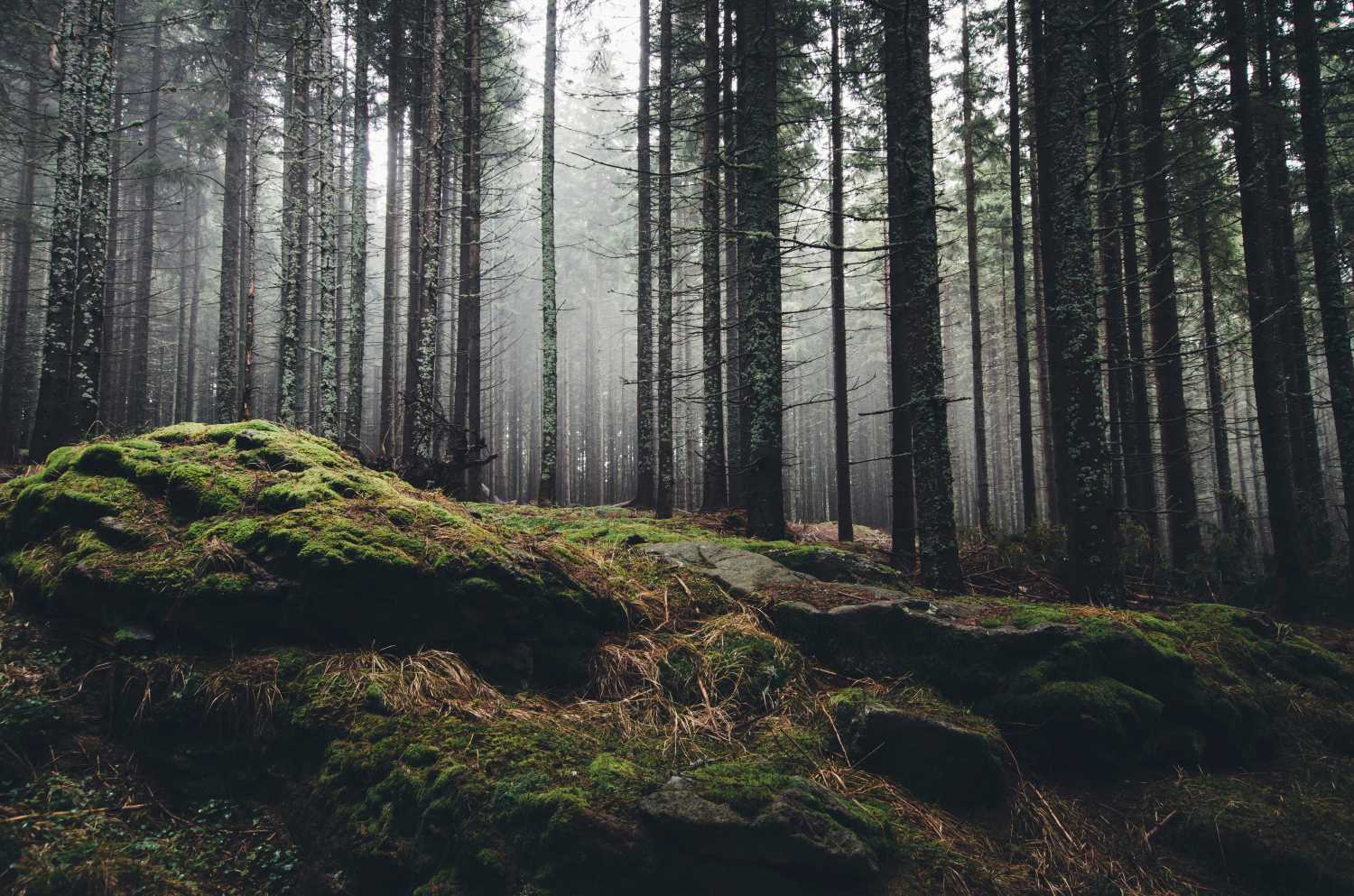 Emergence of the Economic Value of Wilderness

Prior to the 1960s, economic analysis of natural resource use was oriented towards efficient production of energy sources and material goods, while the amenity values of natural areas were considered as resources of intangible value that would need to be sacrificed in the name of economic progress. However, this perspective was fundamentally altered with the publication of “Conservation Reconsidered” in which John Krutilla presented a framework for treating natural amenity resources as economic resources that had values commensurate with material goods and services (Banzhaf 2016, Krutilla 1967). This new approach allowed economists to utilize benefit-cost analysis to inform management and policy decisions regarding natural amenity resources and emphasized that the benefits of natural area preservation pose opportunity costs for economic development (Porter 1982).

Development of a new economic paradigm for understanding the value of natural amenity resources did not arise in isolation but emerged during a period of rapid economic, social, and cultural change. In 1956, the United States became the first countryto employ most of its labor force in the service sector, resulting in a cultural shift in postindustrial society with “increasing emphasis on quality-of-life, environmentalprotection, and self-expression” (Inglehart and Baker 2000: 21). This era also evidenced the emergence of the baby boom generation and the creation of the Interstate Highway System (authorized in 1956), greatly improving public access to the Nation’s wildlands for a rapidly growing population. In 1958, Congress enacted Public Law 85–470, authorizing creation of the Outdoor Recreation Resources Review Commission (ORRRC). The language of the act emphasized growing recognition of the contribution that outdoor recreation makes to “individual enjoyment … and the spiritual, cultural, and physical benefits that such outdoor recreation provides….”1

Although the focus of the ORRRC efforts were not limited to wilderness issues,a special report on wilderness lands, promoted by the Sierra Club, was published by the Commission (ORRRC 1962). Concepts regarding the value ofwilderness protection were neatly summarized in this report as pertaining to three categories: (1) recreational values, which arise from “deep personal revelations, experience of natural beauty”; (2) social values, including scientific study; and (3) knowledge that wilderness exists (ORRRC 1962: 7). The expansion of the set of perceived wilderness values to include values held by those members of society who do not participate in wilderness recreation (“nonusers”) but who benefitted from wilderness preservation by simply knowing that wilderness exists was novel. This new perspective, consistent with new cultural orientations towards the environment, greatly increased the number of people who were now considered to have a stake in wilderness preservation.2

The wilderness values described by the ORRRC (1962 )were formalized into concepts amenable to economic analysis by a team of economists at Resources for the Future, led by John Krutilla. Since the early 20th century, a tension had existed among conservationists who, like Gifford Pinchot, argued that natural resources should be scientifically managed for materialistic purposes (such as the sustainable provision of timber), while preservationists such as John Muir felt that nature should be left alone. Krutilla was remarkable in that he was able to bridge the gap between these two philosophies, arguing that human preferences for nature preservation were just as economic as were the values conferred by economic development (Banzhaf 2016). He accomplished this feat by arguing that amenity values of natural areas directly enter the utility function of people sympathetic to those landscapes, much as the goods and services produced from natural areas enter the utility function of people who consume those goods and services. In doing so, Krutilla transformed cultural orientations, deriving from the spiritual, aesthetic, frontier, and scientific values of wilderness, into wilderness economic values. This set of values includes recreational (use) value as well as nonuse (existence, option, and bequest) values.

In addition to recreational use, which had long been considered a wilderness value, Krutilla(1967) embraced and popularized the concept of existence value. In his formulation, existence value is based upon “the mere existence of biological and/or geomorphological variety and its widespread distribution” (Krutilla 1967: 781).3 This value can be understood as deriving from cultural orientations inherited from figures such as Emerson, Thoreau, Cole, and Muir and passed down through generations of Americans:

"When the existence of a grand scenic wonder or a unique and fragile ecosystem is involved, its preservation and continued availability are a significant part of the real income of many individuals...These would be the spiritual descendants of John Muir, the present members of the Sierra Club, the Wilderness Society, National Wildlife Federation, Audubon Society, and others to whom the loss of a species or the disfigurement of a scenic area would cause acute distress and a sense of genuine relative impoverishment" (Krutilla 1967: 779).

In characterizing the value of knowing that other biological species and wildlands exist and contribute to the real income of many individuals, Krutilla further addressed concerns expressed by Aldo Leopold that many biological species are impaired or lost because they do not have explicit economic value (Banzhaf 2016).

A further source of fundamental benefits to society arising from the preservation of natural areas comes from the realization that a decision to preserve nature could always be reversed sometime in the future, while development of natural areas would be irreversible and unique characteristics of those landscapes would be lost to futuregenerations. Arguing that, even if there were no immediate benefits to preservationists of protecting resources in a natural condition, the possibility that amenity benefits would flow from such resources in the future generates an “option value.” Uncertainty about the future, combined with the irreversibility of development, generates an option demand for preserving unique natural areas in their undeveloped condition:

"This demand is characterized as a willingness to pay for retaining an option to use an area or facility that would be difficult or impossible to replace and for which no close substitute is available. Moreover, such a demand may exist even though there is no intention to use the area or facility in question and the option may never be exercised" (Krutilla 1967: 780).

In addition to recreational use, existence, and option values of natural areas, Krutilla (1967) includes a final motivation for nature protection that he describes as bequest value. Although economic techniques used to estimate values for natural amenities are sometimes critiqued for their focus on individual utility and apparent disregard for the collective benefits (cultural identity or social responsibility) of nature protection (Chan and others 2016), Krutilla’s (1967) taxonomy includes relational values in his conception that bequest values reflect a sense of public responsibility: “In this case also, my concern is with providing collective consumption goods for the present and future” (Krutilla 1967: p. 785, italics in original). Through the extension of conservation values to include other members of the present and future generations, the concept of bequest values broadens the scope of economic analysis to emphasize the importance of collectively held values as motivation for nature protection.

2     The chapter of the report describing wilderness economic concepts and analyses was writtenby Irving Hoch, Wildland Research Center, University of California. The concept of existence value is also referred to in Clawson and Knetsch (1966: 181): “The justification of wilderness areas does not rest primarily on maximization of direct economic values to users, but on benefits to nonusers and preservation of a certain type of value or experience.”

3     It should be recognized that existence values are anthropocentric in the sense that they convey value to people. For characterization of intrinsic values of wilderness, not dependent upon rational human valuation, see Gudmundson and Loomis (2005).

The full report citation is...