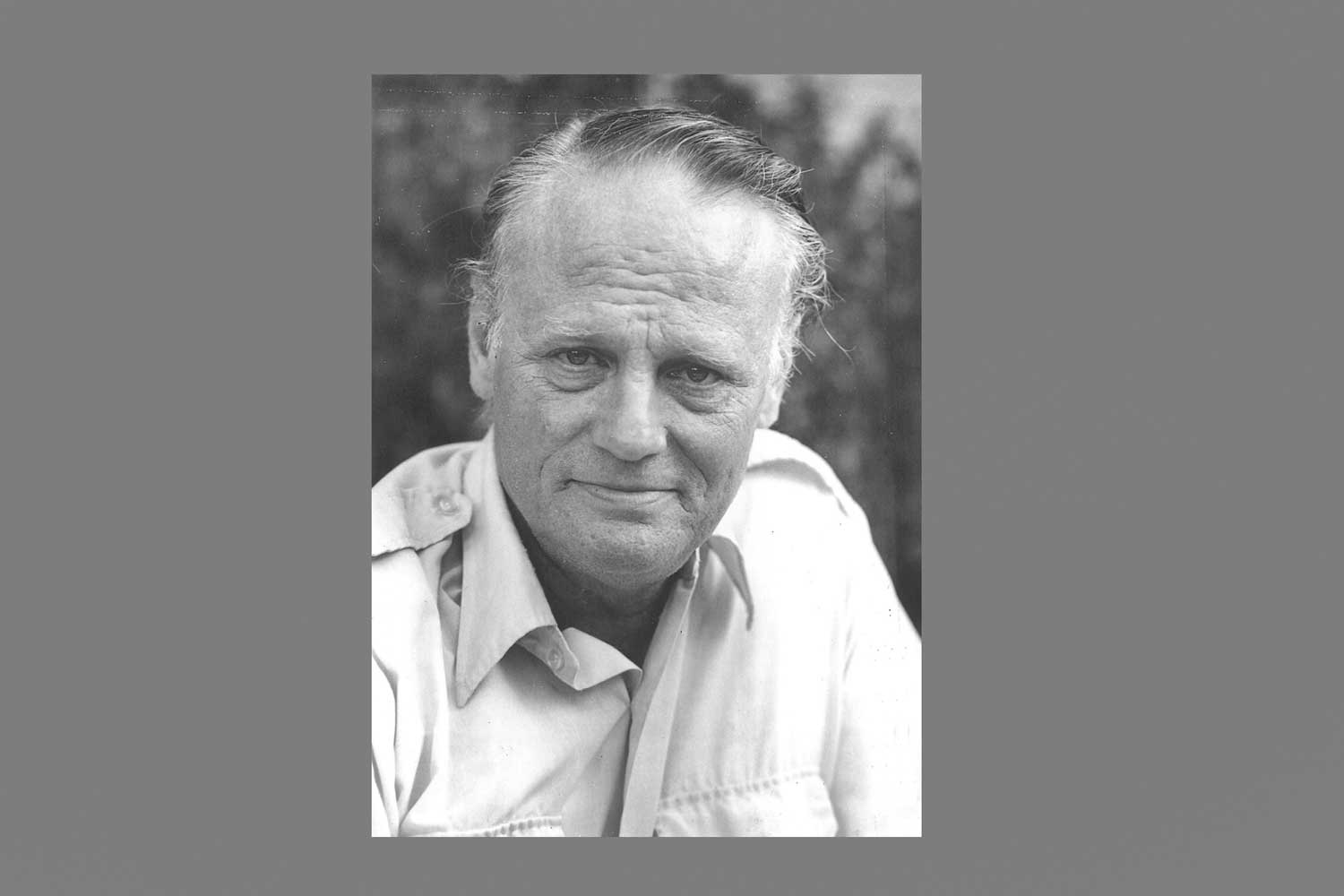 On November 5, 1986, acclaimed novelist John Ehle sat on a stage at Emory and Henry College with his friend and fellow writer Wilma Dykeman. Their conversation is recorded in the Spring 1987 issue of the Iron Mountain Review, surely a collector’s item for any student of Appalachian literature.

By 1986, Ehle had published seven novels set in the southern Appalachian Mountains, which together make up a grand saga of mountain experience, both in the isolated, fictional valley of Harristown and in Asheville. The seven novels in the chronological order of action are:

Of these mountain novels, three of the first five are set primarily in Harristown northeast of Asheville; one, Time of Drums, is set in Harristown and on various Civil War battlefields; and one, The Road, portrays the harrowing construction of the railroad from Old Fort up the Appalachian escarpment to the Swannanoa Valley. The final two, Lion on the Hearth and Last One Home, concern Appalachian families who have come into town during the early decades of the 20th century and their efforts to adapt and thrive in this new setting.

As Ehle explained to Dykeman during that wide-ranging 1987 interview, these books taken together record the history of the southern Appalachian Mountains from the first forays into the wilderness by European settlers to the Great Depression of the 1930s. Furthermore, they do so through the extended lives of two fictional families, the Wrights and the Kings.

John Ehle and Wilma Dykeman had many things in common. They were born only five years apart (Dykeman in 1920, Ehle in 1925) in the Asheville area. They were both social activists and public intellectuals as well as novelists. Like Dykeman, Ehle published in a variety of nonfiction genres: biography, history, and social commentary. Both writers took clear and uncompromising positions in favor of racial justice. Ehle’s The Free Men describes the experiences of a handful of dedicated young students, both black and white, during the 1963-64 civil rights protests in Chapel Hill, North Carolina. In addition, Ehle had a profound effect on education in North Carolina, having been involved in founding the Governor’s School, the University of North Carolina School of the Arts, and the North Carolina School of Science and Math.

In many ways, Ehle’s and Dykeman’s lives had followed parallel paths up to that November day in 1986, when she engaged him in what was more conversation than interview. What became clear during their discussion was Dykeman’s interest in and respect for Ehle’s mountain novels. Indeed, they are widely read and respected to this day. In 2014, the New York Review of Books reissued The Landbreakers as part of its series of underappreciated classics, precipitating profound admiration from a wide range of writers, including Michael Ondaatje, Allan Gurganus, and Harper Lee. The famously reticent Lee volunteered that Ehle was “our foremost writer of historical fiction.”

What Dykeman and Ehle knew was that the southern Appalachian Mountains are a unique place and harbor a singular, if slowly vanishing, culture. The people who live here are mostly misunderstood and often the victims of blatant stereotyping. They both fought against this prejudice—which still exists—their entire lives. What has become ever more apparent in the years since their 1986 conversation is that John Ehle’s mountain novels are the finest artistic representation of Appalachian culture that we have. They are the bedrock upon which rests our appreciation for this place and our understanding of this people.