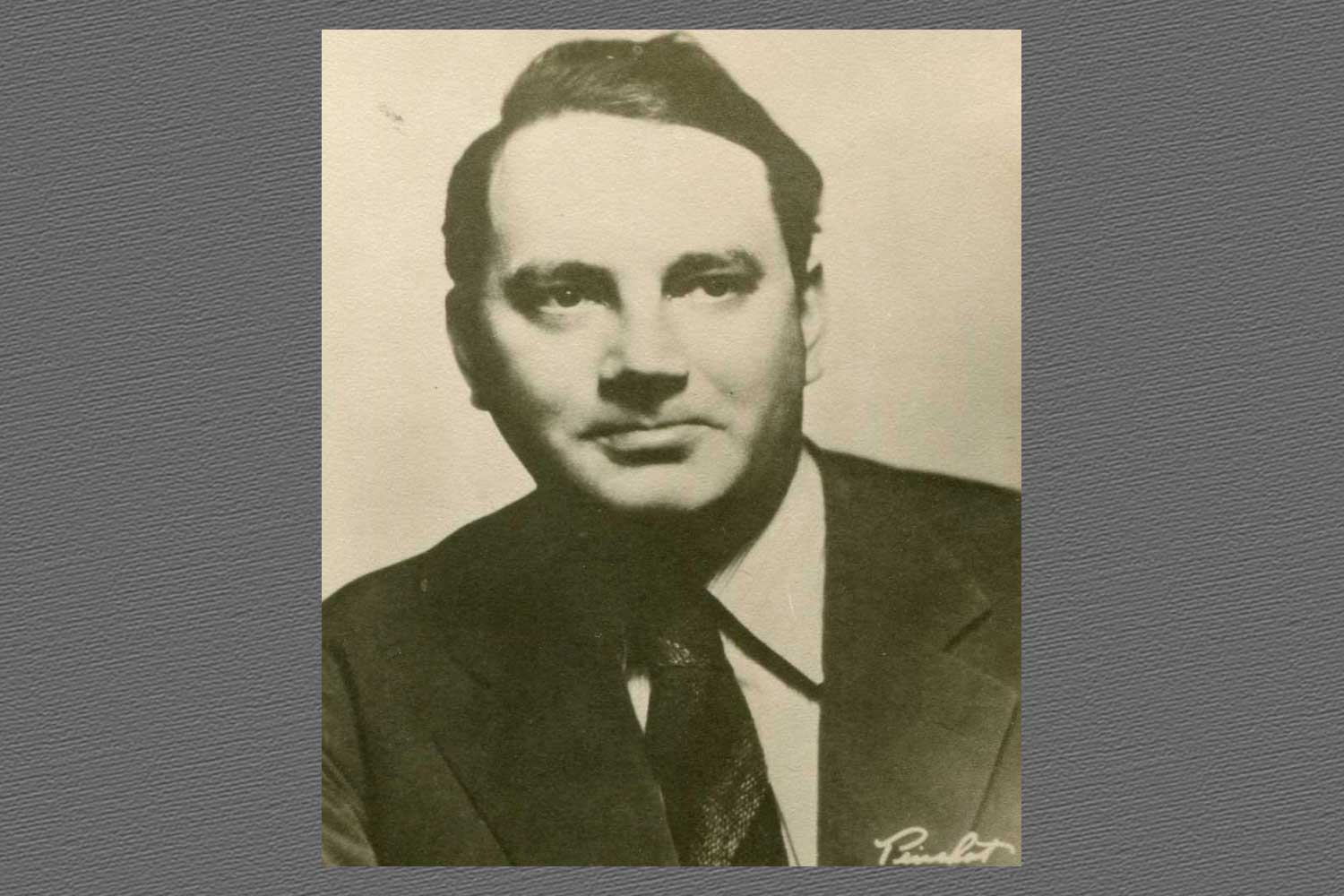 Considered to be one of the giants of 20th-century American literature,Thomas Clayton Wolfe was born in Asheville on October 3rd, 1900, in his father’s house at 92 Woodfin Street. He was the youngest of eight children born to William Oliver Wolfe and Julia Elizabeth Westall. Wolfe later wrote in his first book, Look Homeward, Angel: “He was...the tiny acorn from which the mighty oak must grow, the heir of all ages, the inheritor of unfulfilled renown, the child of progress, the darling of the budding Golden Age….”

On August 30, 1906, his mother purchased the boardinghouse at 48 Spruce Street named Old Kentucky Home. It came with 19 boarders, each paying $8.00 a week. Mrs. Wolfe found it difficult to operate the business from the family home, so she moved into her boardinghouse and brought young Thomas to live with her amongst the boarders. Wolfe wrote that he had “gained another roof and lost forever the tumultuous, unhappy, warm centre of his home.” An irrevocable split had been created in the Wolfe family, and for over a decade Julia and Thomas moved between two residences.

Thomas enrolled in the University of North Carolina at Chapel Hill at the age of fifteen. As a student he became active in campus organizations, including the Carolina Playmakers and Dialectic Literary Society. His father desired that Thomas return home and work as a teacher. Thomas convinced his mother to pay for tuition at Harvard University. For the next three years, he attended the prestigious 47 Workshop, a playwriting class taught by George Pierce Baker. Unable to sell his plays, at age 28, Wolfe shifted his attention to writing a novel.

His first manuscript, originally titled O Lost, landed on the desk of Maxwell Perkins, senior editor for publisher Charles Scribner’s Sons. With Perkins’ guidance, Look Homeward, Angel was published in October of 1929. In his work, Thomas immortalized his mother’s boardinghouse as Dixieland, and Asheville as Altamont. He wrote about his experiences, his memory serving as a vital creative tool. He said his first book was an effort to forget and move past the painful experiences of youth. Wolfe claimed he had “meditated no man’s portrait.” The truth was that he created over two hundred characters based on real people. Their personal flaws and failures were presented to the world. Wolfe knew that the book would arouse controversy at home. Indeed, Asheville was horrified, as was his family. Concerned over his hometown’s reaction, Wolfe lived in self-imposed exile from Asheville. His second novel, Of Time and the River, was a best seller in 1935, and he became an international celebrity.

After almost eight years, in May 1937, Thomas finally returned home to a warm reception. While on a tour of the West in 1938, Wolfe began suffering from severe headaches. Doctors at a Seattle hospital urged him to travel immediately by train to Johns Hopkins Hospital in Baltimore. Surgery revealed tuberculosis of the brain. Thomas Wolfe died on September 15, 1938. He was thirty-seven years old. His mother brought him home to the boardinghouse, and he was interred nearby in the family plot at Riverside Cemetery.

Thomas Wolfe died leaving an unfinished manuscript of some 1.2 million words. His new publisher, Harper Brothers, printed three more books from the works: The Web and the Rock in 1939, You Can’t Go Home Again in 1940, and The Hills Beyond in 1941. His novels, along with a large body of short stories and novellas, made Thomas Wolfe one of the most influential authors of the 20th century. His works continue to inspiregenerations of readers and writers.