Narrative of the Life of J.D. Green, A Runaway Slave From Kentucky 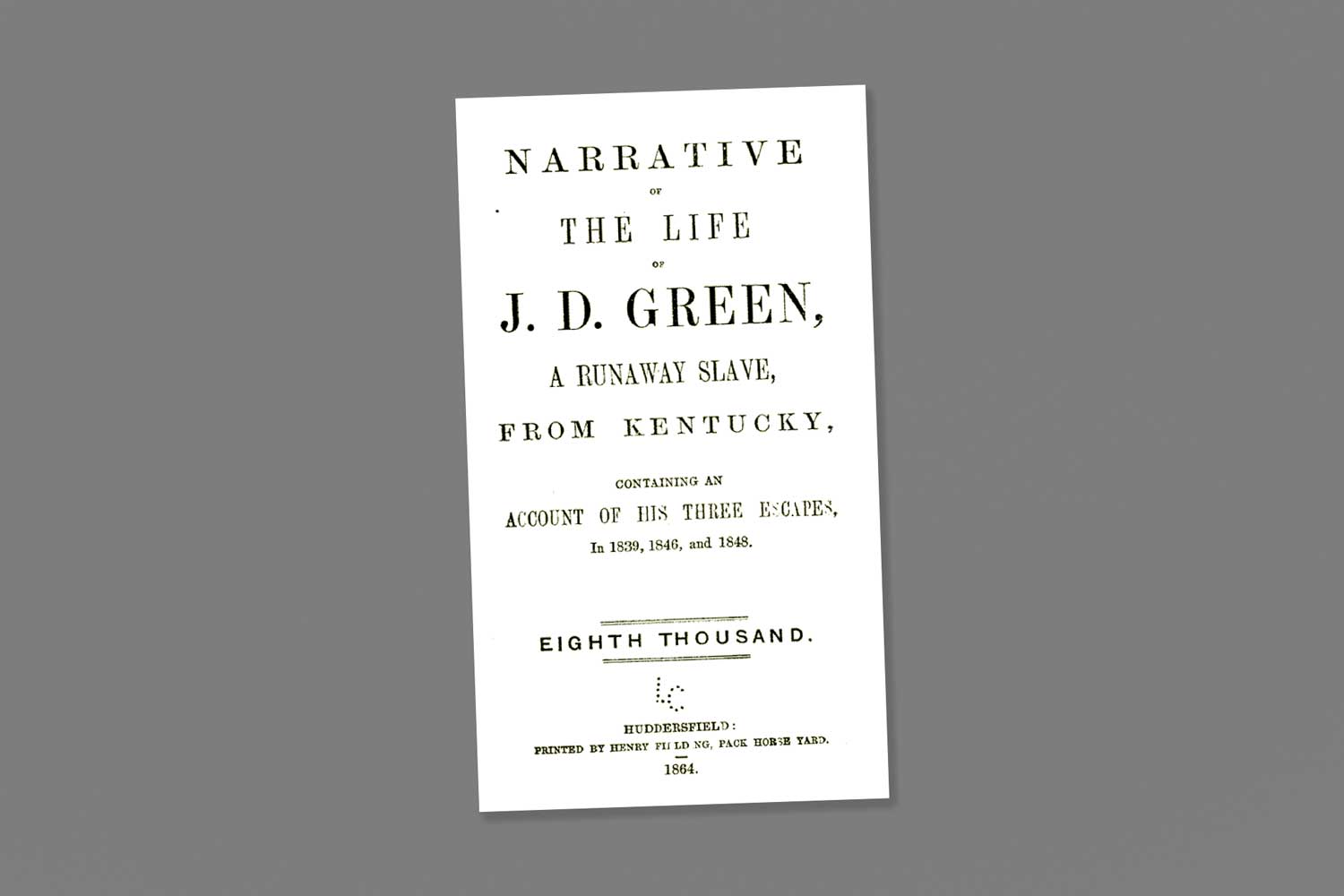 Jacob D. Green was born a slave in Maryland on August 24, 1813. For his biography, visit https://enslaved.org, click on Stories, and type Jacob Green in the search bar. Also access a timeline of key events in his life.

During the 1830’s and 1840’s, Mr. Green made multiple attempts to escape slavery.  In the following excerpt from his Narrative of the life of J.D. Green, a runaway slave, from Kentucky*, he describes how he finally makes it to Canada in 1848:

After working in Tennessee three years and seven months, my master hired me to Mr. Steele. This gentleman was going to New Orleans, and I was to act as his servant, but I contrived to get away from him, and went to the house of a free Black named Gibson, and after working four days on the levy (or wharf) I succeeded in secreting myself in a ship, well supplied by Mr. Gibson and friends with provisions, and in the middle hold under the cotton I remained until the ship arrived at New York; my being there was only known to two persons on board, the steward and the cook, both [Blacks]. When the vessel was docked in the pier thirty-eight, North River, I managed to make my way through the booby hatch on to the deck, and was not seen by the watchman on board who supposed I was a stranger, or what they call a “River Thief.” I made a jump to escape over the bow and fell into the river; but before he could raise an alarm, I had reached the next dock, got out and made my way off as fast as possible. I wandered about the streets until morning, not knowing where to go, during which time my clothes had dried on my body. About ten o'clock in the forenoon I met with a [Black] man named Grundy, who took me to his house, and gave me something to eat, and enquired where I came from and where I belonged; I hesitated about telling my true situation, but after considerable conversation with him, I ventured to confide in him, and when I had given him all the particulars, he took me to the underground Railway office and introduced me to the officials, who having heard my story determined to send me to Canada, forty dollars being raised to find me clothes, and pay my fare to Toronto, but I was only taken to Utica, in the State of New York, where I agreed to stop with Mr. Cleveland and coachman.

You can download a free pdf of the Narrative from the Library of Congress, Rare Book and Special Collections Division.