in the Great Smokies 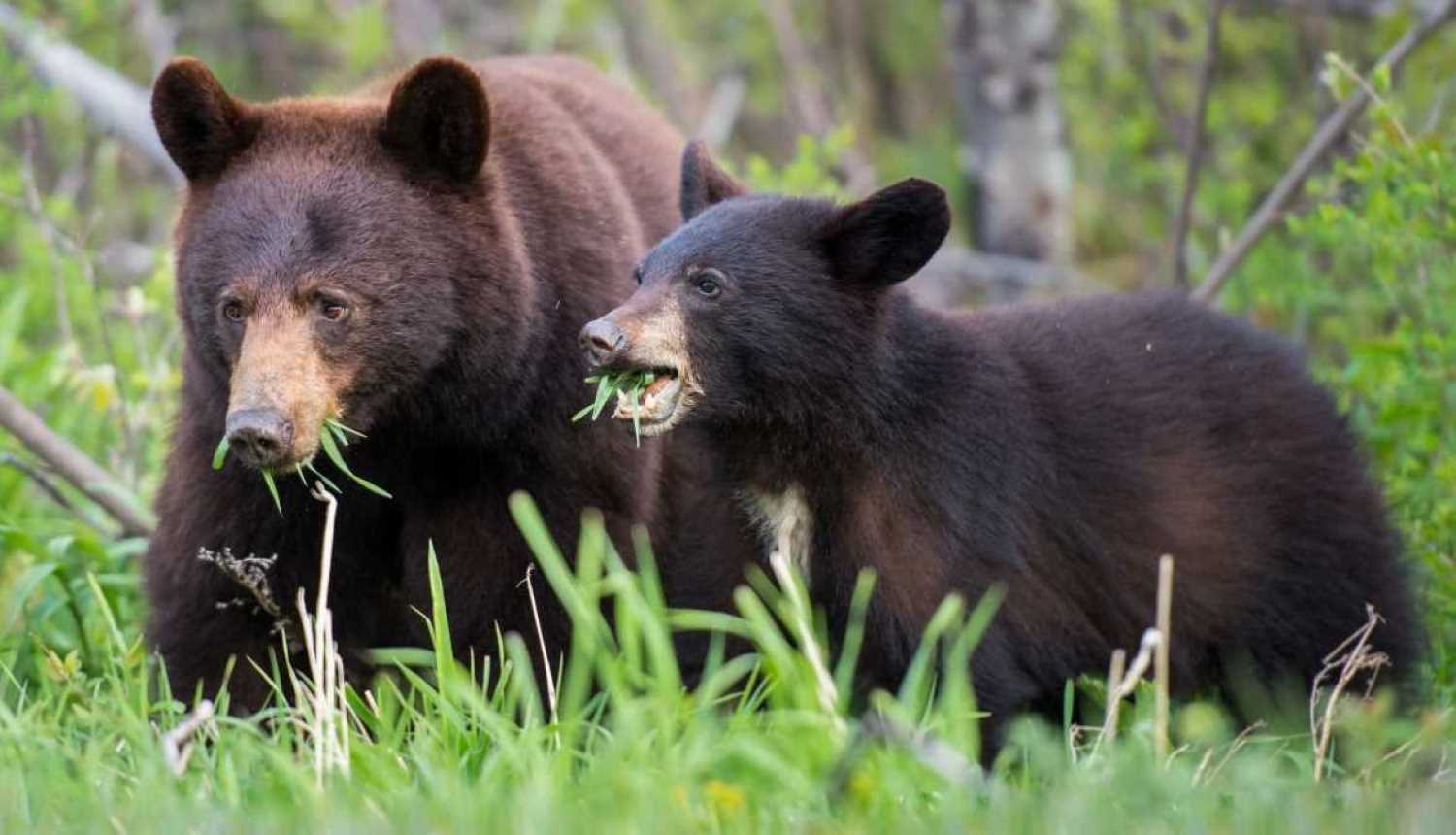 Copyright: No protection is claimed in original U.S.Government works.

American black bears (Ursus americanus) are the most common and widely distributed species of bears in North America. They can be found anywhere from forested areas to the beach to the alpine zone.

While bears of the same species might look similar, everything from their size, coloring, and diet to their sleeping patterns depends on the bear and its location. For example, a bear’s diet varies depending on what foods are available during a specific season in a specific region. The home range for an adult black bear can vary depending on the location, season, and food availability.

What Do Black Bears Eat?

Black bears will eat almost anything. They are omnivores, meaning that they eat both plants and animals. Their curved claws help them climb trees to search for food, but they cannot dig for food as well as a brown bear. Black bears are very smart and can identify food not only by smell but also by appearance.

Black bears spend the winter months in dens to avoid the cold weather and lack of available food. They make their dens in hollow trees or logs, under the root mass of a tree, in rock crevices, or even high in a tree in warmer climates. It is believed that these warmer-climate black bears do not enter a true hibernation, and they may leave their den for short periods of time if the weather is warm or if they are disturbed. Other bears may spend up to six months in hibernation, during which they do not eat, drink,or expel waste.

For the most part, adult black bears lead solitary lives, except when mating season takes place. Black bear mating season occurs during the summer, but the embryos do not begin to develop until the mother bear enters her den. Cubs are born in the middle of the winter denning period, usually between mid-January and early February.

Cubs are born tiny, helpless, and hairless, weighing less than half a pound. A mother bear will typically give birth to one to three cubs at a time. By the time a mother bear and her cubs are ready to emerge into spring, the cubs typically weigh around five pounds. Young bears grow very quickly and can weigh around 80 pounds by their first birthdays. Cubs will remain with their mother for about 18 months or until she is ready to mate again.